Zoe to visit the Michelle Holmes School of Golf in Virginia and U.S. Kids World Championships

Zoë is off to U.S.A. where she will visit the prestigious Michelle Holmes School of Golf, Chesapeake, Virginia, before travelling to Pinehurst, North Carolina, where she has been appointed as a Tournament Director at the U.S. Kids World Championships.

Zoë has been a regular visitor to Michelle’s School of Golf, and looks forward to bringing home new methods and techniques which enhance her coaching programmes. 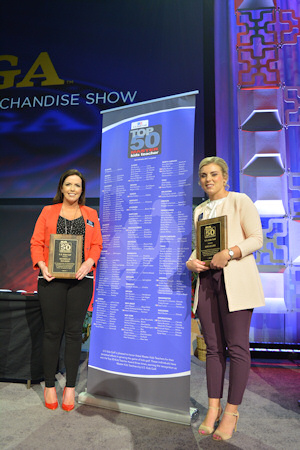 Fellow PGA Professional Michelle Holmes, a US Kids Coach since 2014, has received the coveted US Kids top 50 Coaching award for three consecutive years in 2015, 2016 and once again in 2017. Those good enough to win the award three times are given the title Master Teacher, an elite band of only 134 Golf Professionals who have attained this honour. Michelle was awarded the title of Master Teacher at the PGA Show in Orlando in January 2017.

Michelle has also coached kids who have taken part in the finals of the Drive Chip and Putt competition held at the Masters in Augusta and has had numerous pupils compete in the US Kids World Championships at Pinehurst.

The U.S. Kids World Championships is the largest kids Golf Tournament in the World with over 1500 competitors from over 50 different countries competing.

Zoë hopes the trip will further her experience and said,

It’s a great opportunity to see how Michelle organises her junior coaching programme and to attend PGA junior league team matches, a great format for under 13 boys and girls that we don't have here in Ireland yet,

Zoë returns mid-August in time for the U.S. Kids North of Ireland Summer Tour Championship at Spa Golf Club before heading off to be a Tournament Director at the U.S. Kids Golf Venice Open in Italy which is a three day event and one of only 9 U.S. Kids events granted National Status.

Zoë is already building herself a fine reputation in the coaching world especially with juniors. It’s great to see that she has gone to the States to continue to learn and we welcome her bringing that new found knowledge home to Lurgan.

We wish Zoë all the best and look forward to her return mid August!

Book a Lesson with Zoë online

Zoë returns to Lurgan mid August so if you want to book a lesson with Zoë you don't have to wait until she returns, why not book online.

RT @mholmesgolf: Happy birthday to a great friend @ZoeAllenGolf ❤️ Can't wait to see you in a couple of weeks 💚 https://t.co/IbkXP3eUy4

RT @rockonollie: Before the mayhem. Merry Christmas to all that made 2022 the most amazing golf year Liam (or his father) could ever hope f…

Merry Christmas to all! Hope everyone has a great day 😄🎅🏼☃️🎄✨❄️ https://t.co/jY80rtFOwJ

RT @mholmesgolf: We love Sundays with @uskidsgolf We love giving kids the opportunity to get out on the course with other juniors their a…